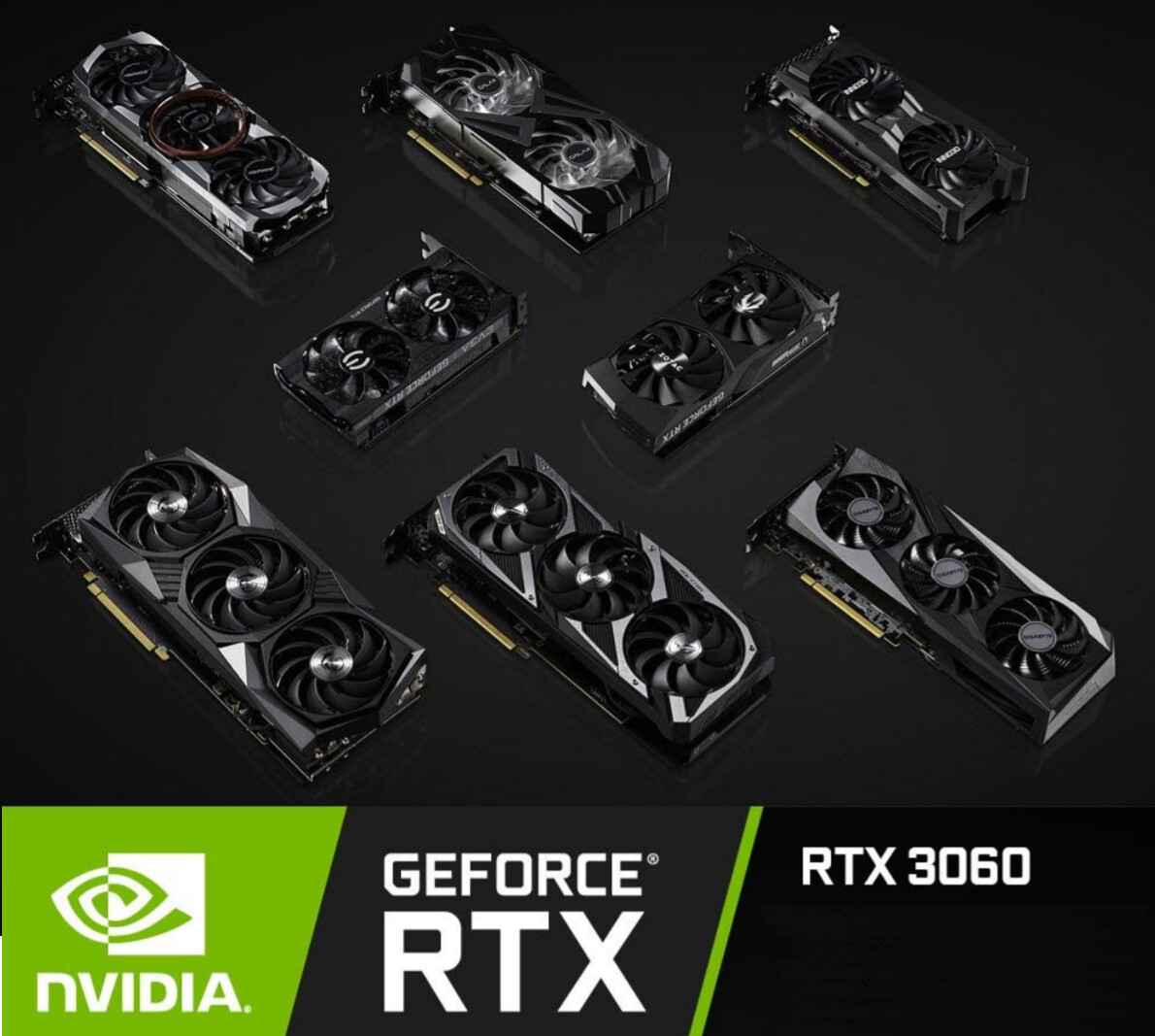 During its GeForce RTX: Game On virtual event, NVIDIA announced the GeForce RTX 3060, adding to its already-impressive lineup of graphics cards. The RTX 3060 takes full advantage of the Ampere architecture, offering hardware ray-tracing capabilities and support for DLSS at a lower price point.

The NVIDIA GeForce RTX 3060 features 12GB of GDDR6 VRAM and a 192-bit memory interface. With 13 shader-TFLOPs, 25 RT-TFLOPs, and 101 tensor-TFLOPs (to power NVIDIA DLSS), the RTX 3060 has twice the performance and 10 times the ray-tracing performance of the GTX 1060, making it an ideal choice if you're looking to get a solid 60 frames per second (fps) with RTX on for your favorite PC titles. As mentioned before, the RTX 3060 will support DLSS, which is powered by Tensor Cores. DLSS boosts frame rates while generating crisp game images, giving you the performance headroom needed to maximize ray-tracing settings and increase output resolutions. More than 25 games already support DLSS and more game developers are taking advantage of it.

Save this product for later
Display prices in: PHP